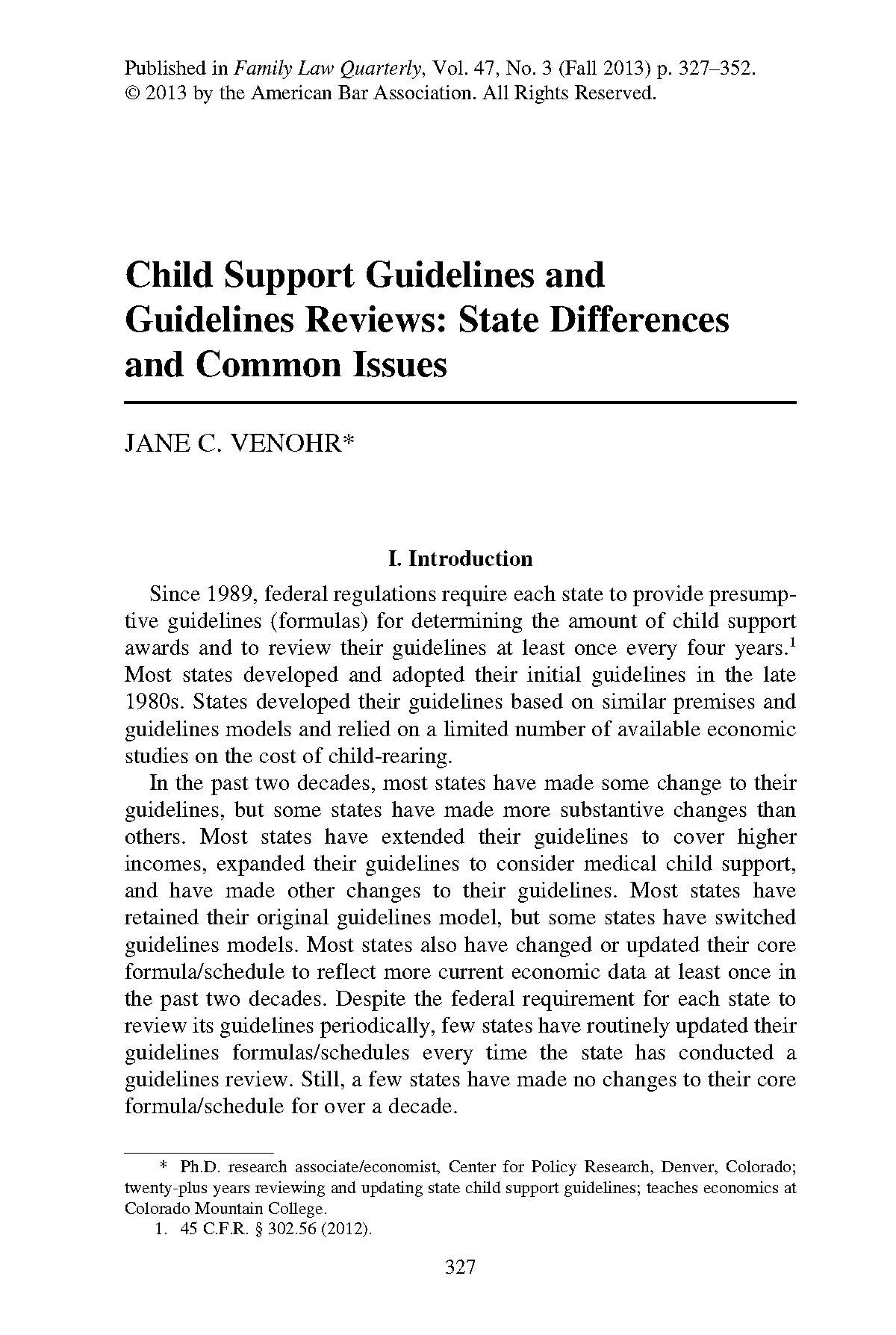 Since 1989, federal regulations require each state to provide presumptive guidelines (formulas) for determining the amount of child support awards and to review their guidelines at least once  every four years. Most states developed and adopted their initial guidelines in the late 1980s. States developed their guidelines based on similar premises and guidelines models and relied on a limited number of available economic studies on the cost of child-rearing.