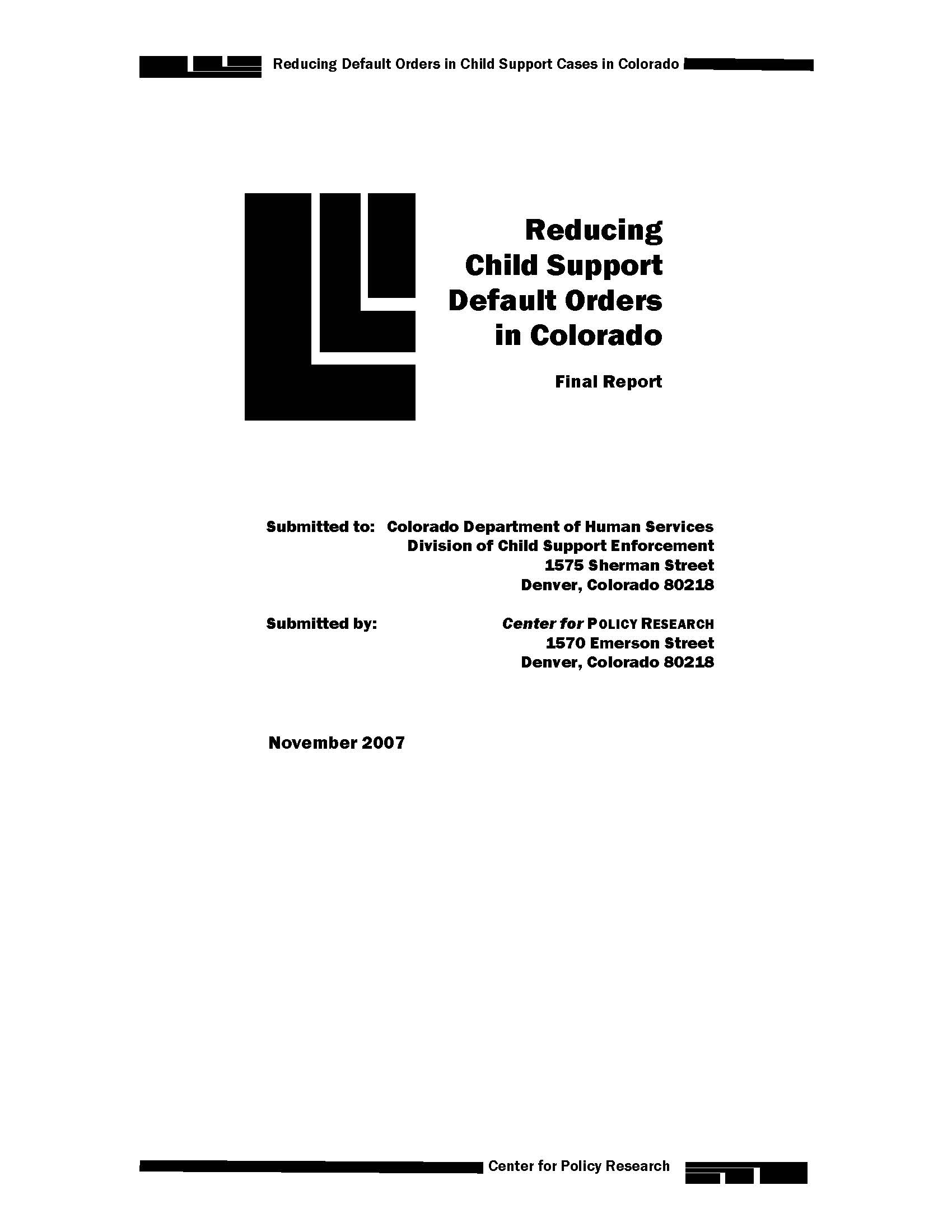 The project, Reducing Default Orders in Child Support Cases in Colorado, tested several strategies by which child support agencies might promote the participation of noncustodial parents (NCPs) in proceedings to establish child support orders and reduce the use of default orders. Conducted in two Colorado counties — Denver and Jefferson — the project involved the use of a variety of automated and worker-initiated techniques to promote contact, stimulate parental involvement, and increase payment. The techniques used included personal telephone calls, financial incentives to those who appeared at order-making proceedings, face-to-face meetings; and automated reminder calls. Denver County also tried to get parents to contact the agency by having process servers attempt to distribute a brief survey of interests and needs and a brochure about child support along with the papers they normally deliver to noncustodial parents.

The goal of the evaluation was to test the pros and cons of using more and less time-consuming actions to attempt to achieve contact with noncustodial parents and reduce default orders. It involved the generation of three equivalent groups of child support cases in the target counties during January 2005 to June 2006 that were eligible for administrative order establishment and did not have a current order. Workers kept track of the efforts they made to contact 433 clients. Automated records were kept of 256 electronic notification calls. A control group was generated
consisting of 526 cases treated in the normal manner in 2003, a year that preceded the informal use of proactive outreach efforts by some workers in Colorado.