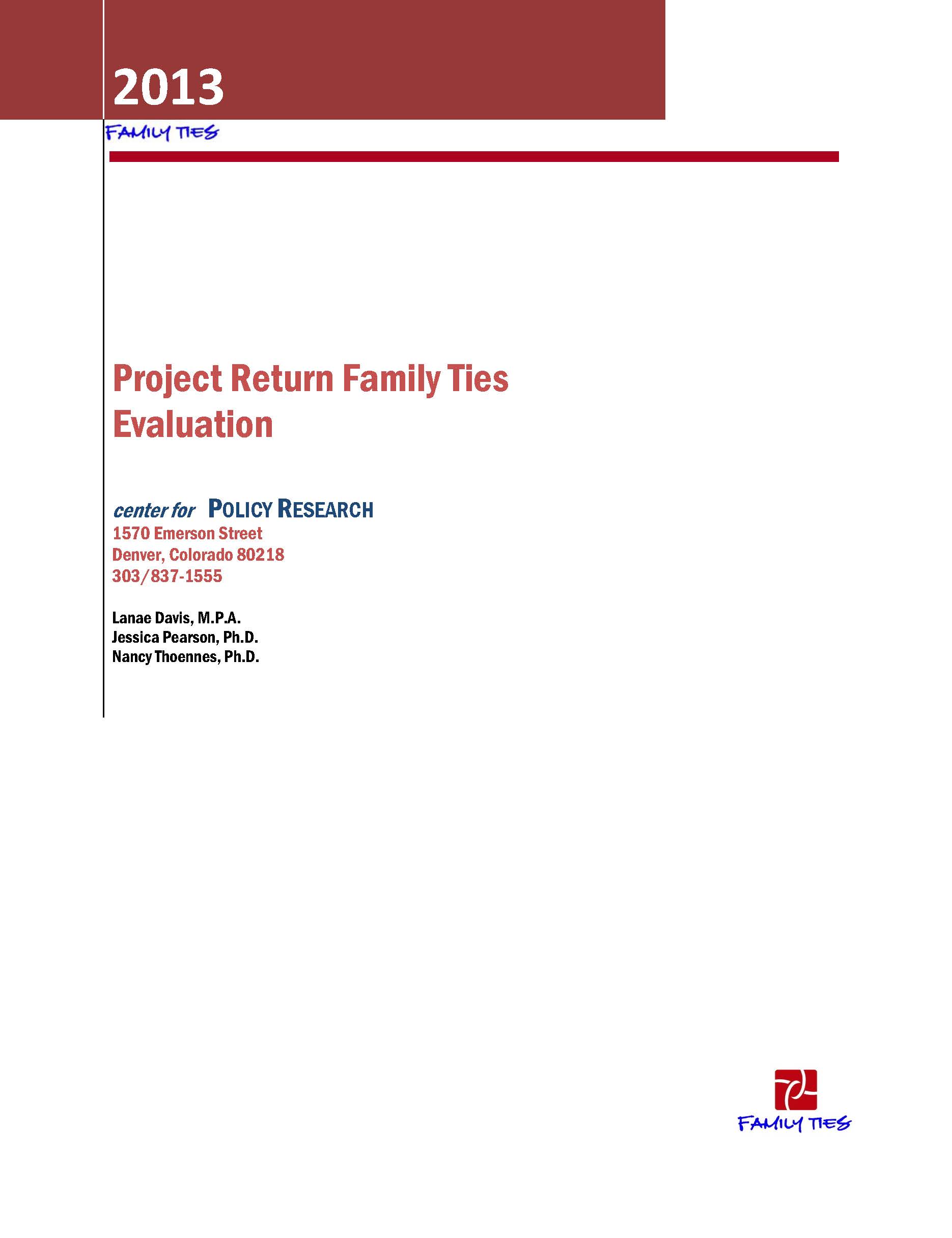 The Tennessee Department of Human Services, Child Support Division (CSD) was one of seven states to receive a grant from the Federal Office of Child Support Enforcement (OCSE) in 2009 to conduct a project in support of the Prisoner Reentry Initiative (PRI), a collaborative effort by federal agencies to reduce recidivism by helping returning offenders find work and access other  critical services in their communities. Tennessee CSD contracted with Project Return, Inc., a Nashville‐based nonprofit corporation (Davidson County), that specializes in prisoner reentry, to implement the project, which was named Family Ties.

The goal of Family Ties was to identify and address the child support needs of ex‐offenders seeking job focused services at Project Return, and try to ensure that child support supported their successful reentry and was not a barrier to their employment. To accomplish this, Project Return: Hired a full‐time Child Support Liaison to screen for child support issues among its client
population and to outreach to soon‐to‐be released offenders in pre‐release settings; Contracted with the Child Support Division for a part‐time child support worker who was dedicated to addressing the child support needs of ex‐offenders and working their cases in an expeditious manner; Enrolled 589 individuals in Family Ties during April 2010 through December 2012, 45 percent recruited by the Child Support Liaison in pre‐release orientations conducted in area facilities (of which 30% visited Project Return following their release and pursued the services they had
learned about at the orientation session), and 55 percent recruited among the ex‐offender population who appeared at Project Return for help with employment and other reentry issues.