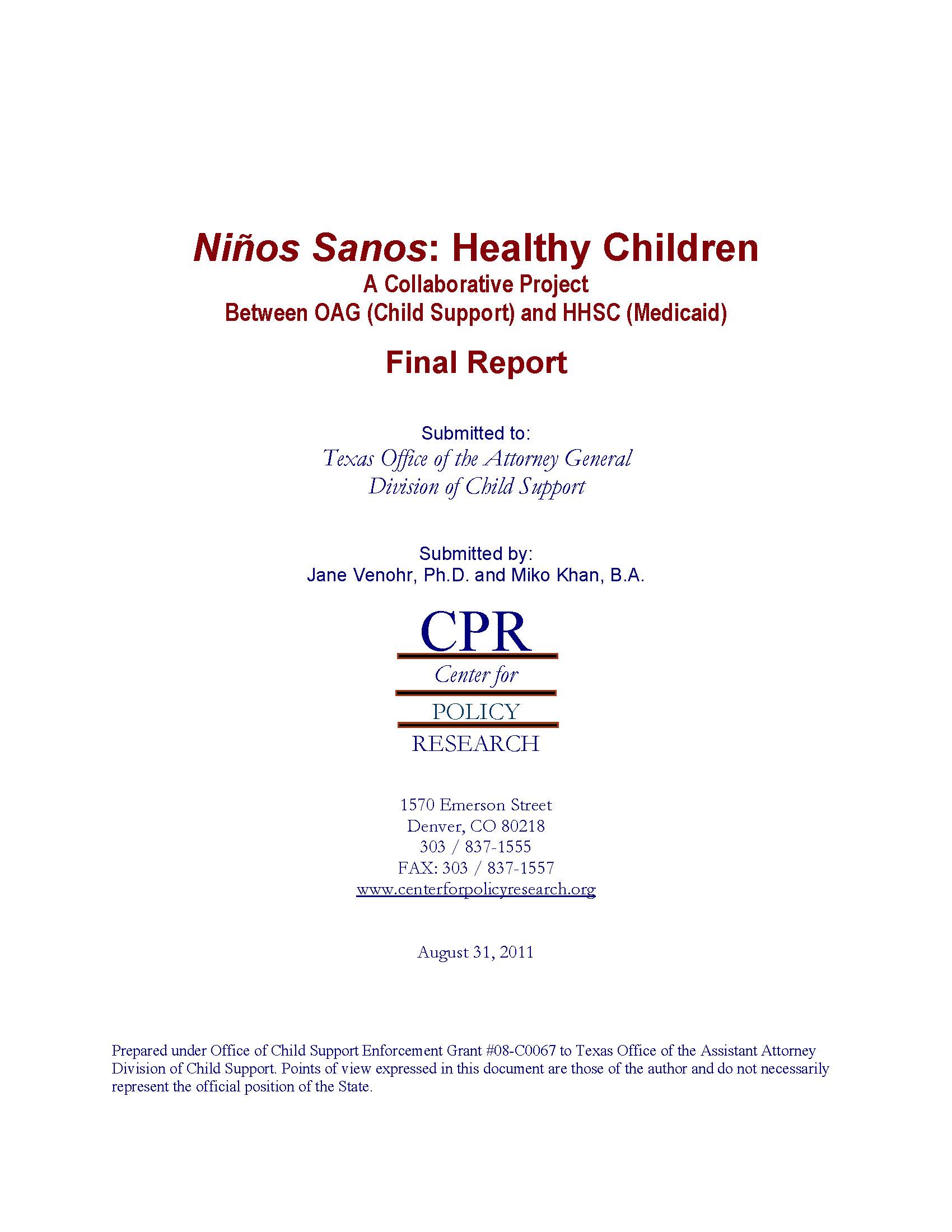 The Niños Sanos demonstration project, which translates to “Healthy Children,” began in September 2007 and continued through August 2011. The project was funded by a Section 1115 demonstration grant through the federal Office of Child Support Enforcement (OCSE). Through a collaborative effort between the Texas Office of the Attorney General (OAG) Texas Child Support Division and the Texas Medicaid agency within the Health and Human Services Commission (HHSC), the demonstration project aimed to increase the number of children in the child support caseload receiving healthcare coverage.

When the Niños Sanos project was conceived in 2007, forging a child support and Medicaid collaboration to reduce the number of uninsured children in the child support caseload was unprecedented. Historically, child support-Medicaid collaboration has been limited to reducing Medicaid costs through several avenues including support orders requiring parents to enroll their children in employer- sponsored insurance and collecting cash medical support from noncustodial parents whose children were enrolled in Medicaid. Yet, in Texas, child support may also require parents to apply for Medicaid/CHIP or seek private, child-only insurance. The child support caseload, which consists mostly of very low-income families, also appeared to be a good source for finding and enrolling uninsured children eligible for Medicaid or CHIP.