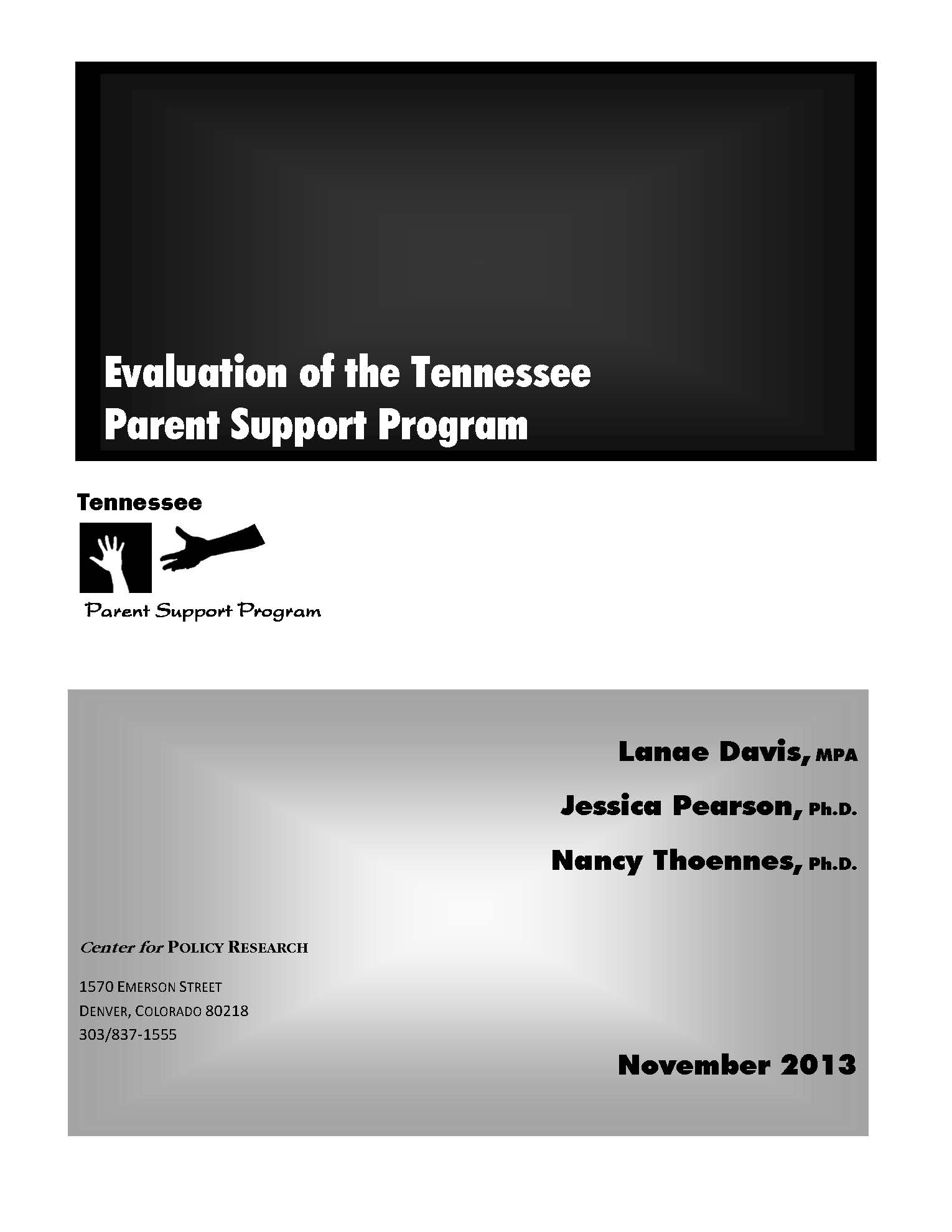 In October 2009, the Tennessee Department of Human Services (DHS) was awarded a grant from the federal Office of Child Support Enforcement (OCSE) to develop, implement, and evaluate a program providing employment, parenting time, and case management services to low‐income, unwed parents in the child support program in three Tennessee judicial districts: the 11th (Chattanooga), 20th (Nashville), and 26th (Chester, Henderson, and Madison counties which includes the city of Jackson). The program, called the Parent Support Program (PSP), was conducted in collaboration with the Tennessee Administrative Office of the Courts (AOC). The new project built on the Tennessee Parenting Project, which was funded by OCSE, conducted by DHS and AOC in the same three judicial districts, and provided parenting time services to low‐income parents in the child support program. PSP enabled child support agencies in these three jurisdictions to hire staff to provide case management and job‐focused services in addition to helping with parenting time.

The Center for Policy Research (CPR) of Denver, Colorado, conducted a comprehensive evaluation. It included data from a Management Information System that project staff used to record information on PSP participants, including demographics, employment, barriers to child support payment, parent‐child contact and service delivery; telephone interviews with participants conducted three and six months following PSP enrollment to determine employment status and the use of various services and referrals available through PSP; and a data extract from the Tennessee Child Support Enforcement System (TCSES) that included information on child support orders, arrears balances, and payment patterns in the 24 months prior to and following enrollment in PSP. The only data on service delivery in PSP and employment outcomes came from client interviews, which were ultimately done with fewer than half of all PSP participants.
CPR also generated a non‐treatment comparison group consisting of 466 child support cases in jurisdictions selected to match the project sites. Very limited information was available on noncustodial parents in these cases and subsequent analysis revealed that they were not equivalent to the treatment group and had higher levels of employment and better child support payment behaviors at program enrollment.