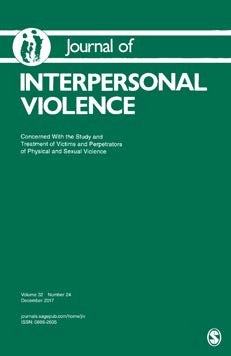 A Longitudinal Examination of Mothers’ Depression and PTSD Symptoms as Impacted by Partner-Abusive Men’s Harm to Their Children.

Intimate partner violence (IPV) is a serious and widespread form of gender-based violence that disproportionately affects women. It is well established that IPV victimization contributes to depression and posttraumatic stress disorder (PTSD), and that many partner-abusive men continue to perpetuate abuse even after their relationship with the victim ends. In addition, when men harm their partners, they are more likely to harm their children, and evidence suggests that this harm continues post-separation. However, scant research has been conducted on men’s harm to their children as an extension of IPV perpetration, with even less known about the mental health impact this form of abuse has on mothers. For this longitudinal cohort study, 40 partner-abused mothers who had separated, or were planning to separate, from an abusive partner with whom they shared children were recruited. Women were interviewed 4 times over 1 year. Results confirmed that, in addition to men’s physical abuse perpetration relating to subsequent increases in mothers’ depression and PTSD symptoms over time, their harm to the children predicted both mothers’ depression and PTSD symptoms as well.